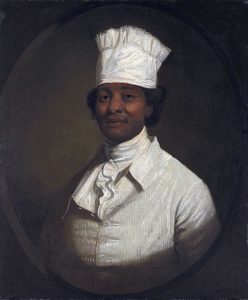 Those who love history often find themselves thinking about it nearly all the time and in many contexts. Here at WHS our focus is on American history as demonstrated through the local Westport story, but that doesn’t mean we aren’t interested in new discoveries about Ancient Egypt, or 19th Century Europe or Imperial China or the Pre-Colombian Western Hemisphere…you get the idea.

It should come as no surprise, then, that even in our off-hours we at WHS chat with each other about history–from discussing what historical novels or bios to read next to what heritage sites we’ll visit over summer vacation to which are our favorite songs on the Hamilton sound track (mine are You’ll Be Back and Right Hand Man, for the record.)

That’s why, when I was faced with an intriguing dilemma related to work that I had been personally doing as a historical novelist over the last decade, I enlisted the after-hours aid of Sara Krasne who is WHS’ Archives Manager and current chairperson. More than that, Sara is a talented genealogist and possibly an even bigger history geek than I am.

And, together we solved a 218-year-old mystery that had stumped historians for decades revealing new information relating to none other than the life of President George Washington.

So, what was our intriguing find?

While Washington was president, living in the President’s House in Philadelphia, he kept four to nine enslaved people with him as servants at any time—subverting the Pennsylvania Gradual Abolition law that would ensure their freedom. His enslaved cook, a man named Hercules, was famous in his own time. The hero of my novel, I and others have called Hercules “America’s First Celebrity Chef.”

Hercules escaped on Washington’s birthday in 1797. Washington never gave up trying to hunt him down but died in 1799 having never apprehended the cook. Hercules was last seen in New York in 1801—and from there the trail went cold.

When, in 2019, a portrait long thought to be Hercules was revealed to be a fake it was an upsetting though not surprising revelation for those of us who particularly studied the enslaved people owned by the first president. You can read more about that discovery in this front page article from the Philadelphia Inquirer here.

But why did we at WHS care?

On a personal level, the portrait graced the cover of my novel. More than that as those of you who have visited WHS’ award-winning exhibit Remembered: The History of African Americans in Westport can attest, the difficulty in rebuilding a picture of the lives of enslaved people cannot be overstated. Without that portrait, a tangible link to a remarkable figure was gone.

I dwelled and ruminated on a lead based on what the painting probably represents—most likely a free African person of import as depicted by similar period paintings done in Dominica (present day Dominican Republic) and I decided to try to find a link between Hercules and the Caribbean. It was a big task and I needed to enlist the help of a researcher who was skilled enough to work with limited and rare public records. Enter Sara Krasne.

The Dominican lead wound up to be a dead end, but Sara’s genealogy training uncovered something far far more important.

Following the line of reasoning that Hercules was hiding in plain sight, Krasne did what no other researcher had done previously—searched for Hercules with the surname of his owner previous to Washington—Posey.

Miraculously, she hit pay dirt: She found Hercules Posey, of the right age, born in Virginia, buried in the Second African Burying Ground in Manhattan on May 15, 1812.

Uncovered by Sara Krasne, this death record indicates the chef died 207 years ago in lower Manhattan.

We dug some more, finding Hercules Posey in the New York City directory for 1809, 1810 and 1811 as a laborer. This last fact was disappointing but what we had found was still enough for historians at both Mount Vernon and the National Park Service in Philadelphia to agree we had found him. Then, the best news of all—a fellow historian in Boston found another directory that listed Hercules as a cook. With the help of a rare books librarian at Columbia University, where I am an alum, I was able to corroborate this over two years of that directory as well.

Among Washington scholars and, more particularly, among those of us who study the history of enslaved African Americans, what Sara and I found is monumental. In asking a simple question that those of us who were trained to look at things one way had overlooked, Sara turned years of accepted scholarship on its head.

“It is a rare thing indeed to be able to find out what happened to an uncaught enslaved runaway in eighteenth-century America.  Ramin Ganeshram and Sara Krasne have done an amazing job, finding Hercules in New York City, where he labored as a cook, while living in plain sight in a primarily African American neighborhood, under the name Hercules Posey,” said Mary Thompson, a research historian at Mount Vernon who has spent years piecing together the lives of enslaved people. Her  book The Only Unavoidable Subject of Regret”: George Washington, Slavery, and the Enslaved Community at Mount Vernon  is well regarded among historians. Mary went on to say “The records they found include the fact that Hercules was born in Virginia in 1748, something else that was not known before, and died in New York City on May 15, 1812.  Through their work, the cemetery where he was buried has even been identified.  We are thrilled with these new discoveries.”

I share this story with you as an example of the level of research and care that we at WHS apply to the study of history—whether we are on or off the job. As representatives of WHS doing this kind of quality work, we have gained the Society recognition from major and respected institutions worldwide, even when that work is not WHS specific.

Just imagine what we’ll come up with as we apply that rigor and dedication to mining our vast archives at WHS? Stay tuned… we’ve got lots in store as we bring the best secrets of Westport History to light.

Join our acclaimed archivist for her new series, Genealogy FUN-damentals! Learn more about the ins and outs of doing family research on your own, resources you’re familiar with along with lesser known avenues of discovery. For more details click here!

Sara and I have created a petition to get NYC Parks Department to place a plaque memorializing Hercules in a public park across the street from his final resting place. For us at WHS, updating the public record with new and verified fact is of utmost importance. Please consider signing here.