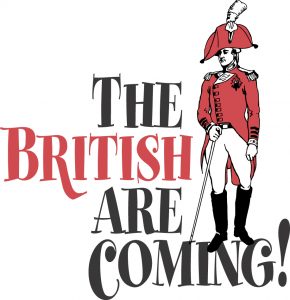 As many Westport residents may know, during the four-day raid, which was led by Maj. Gen. William Tryon, royal governor of the New York province and started on April 25, 1777,

the British fought two battles with Colonial forces along the way to Danbury. WHS Advisory Council member and curator of 2017’s Danbury Raid exhibit Ed Hynes will discuss the raid in the overall context of the war, the commanders on both sides, and “things quite smart and not so smart” on both sides, including how “the Brits outwitted” the Patriots on their return to Compo. This incident took place in our own back yard and highlights an interesting aspect of the war: the extent to which local Colonists were divided for and against the Revolution. Hynes’ talk is also an opportunity to delve into historical events that occurred right here in Westport.

There is no charge for this event however reservations are recommended, register online here or call (203) 222-1424 x5.  Light refreshments will be served.